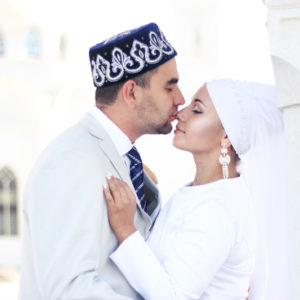 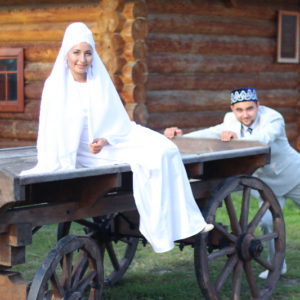 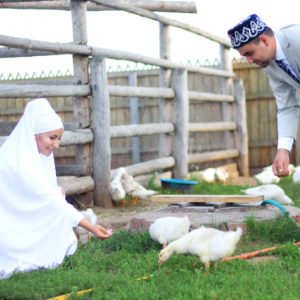 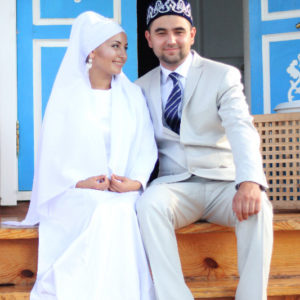 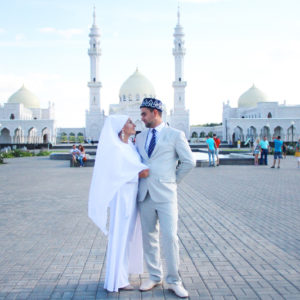 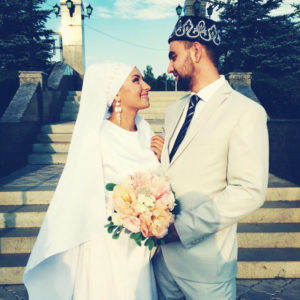 Our dear clients who became in our good friends got married in accordance with the Islamic tradition perfectly fulfilling the rite of “Nikah”.

It is worth to clarifying what is exactly the “nikah” and how it differs from the other wedding rites in other religions. First of all, we must to say that the traditional Islamic wedding consists in four phases:

The Nikah itself can remind the orthodox or the jewish wedding (Khupu). Unlike other religions, the “Nikah” is not a rite in the classical sense, but a sacred public contract between the bride and the groom.

For the realization of the nikah, the newlyweds must have a special dressing. The bride must cover her head, hands and feet. For the groom, just cover his head with a hat; even nowadays the suit of the groom is usually very European type. After having done all of this, the guests and the hosts sit down at the table at whose head the mullah sits. After the welcome pray, the mullah preaches to the couple in presence of the guests: he instructs them in family life and teaches them about the essence of the family contract. The he reads the basic pray.

During the ceremony, the groom gives the bride a gift of jewelry. After reading the pray, the guests make mutual symbolic donations, usually consisting of small bills.

After the completion of the nikah the solemn wedding banquet is celebrated, during which the guests congratulate the newlyweds, which is accepted in both Eastern and European traditions. After the wedding, Ruslan and Dinia had a fascinating journey, whose story will take us another article.

In the place of our dear Ruslan and Dinia can you and your partner be! Become our friends and we will organize for you a nikah with all of the law.

FILL IN THE FORM BELOW
and we will call you